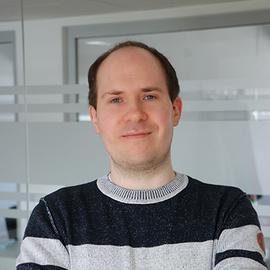 Sebastian became enthusiastic about web development and design at an early age. He increased his knowledge through self-study and further education. As web designer, he expanded his skills and gained valuable experience in more than 8 years. Since summer 2020, he is now part of the SHIP team. As a frontend developer, Sebastian is primarily involved in the development of user interfaces. The applications he creates serve as a link between the end user and the underlying technology. He puts special emphasis on simple and efficient interaction, realized through intuitive usability.